Earth Day has come and gone, but the message of environmental awareness still vibrates in the air.

If you are like me, you may have just experienced a small pang of discontent after reading the phrase "environmental awareness". I understand. The information that follows those words is typically unpleasant, unsettling, and frankly, about things that we would rather not be aware of. Who wants to see a picture of a dying polar bear captioned with the fact that they are inadvertently killing the innocent animal whenever they buy gas? Who wants to be reminded of the horrors of deforestation, only to be crushed by guilt when they buy paper towels at the store the next day? Often when we become armed with knowledge about our world, it quickly transforms into a burden that we would rather push to the back of our mind. 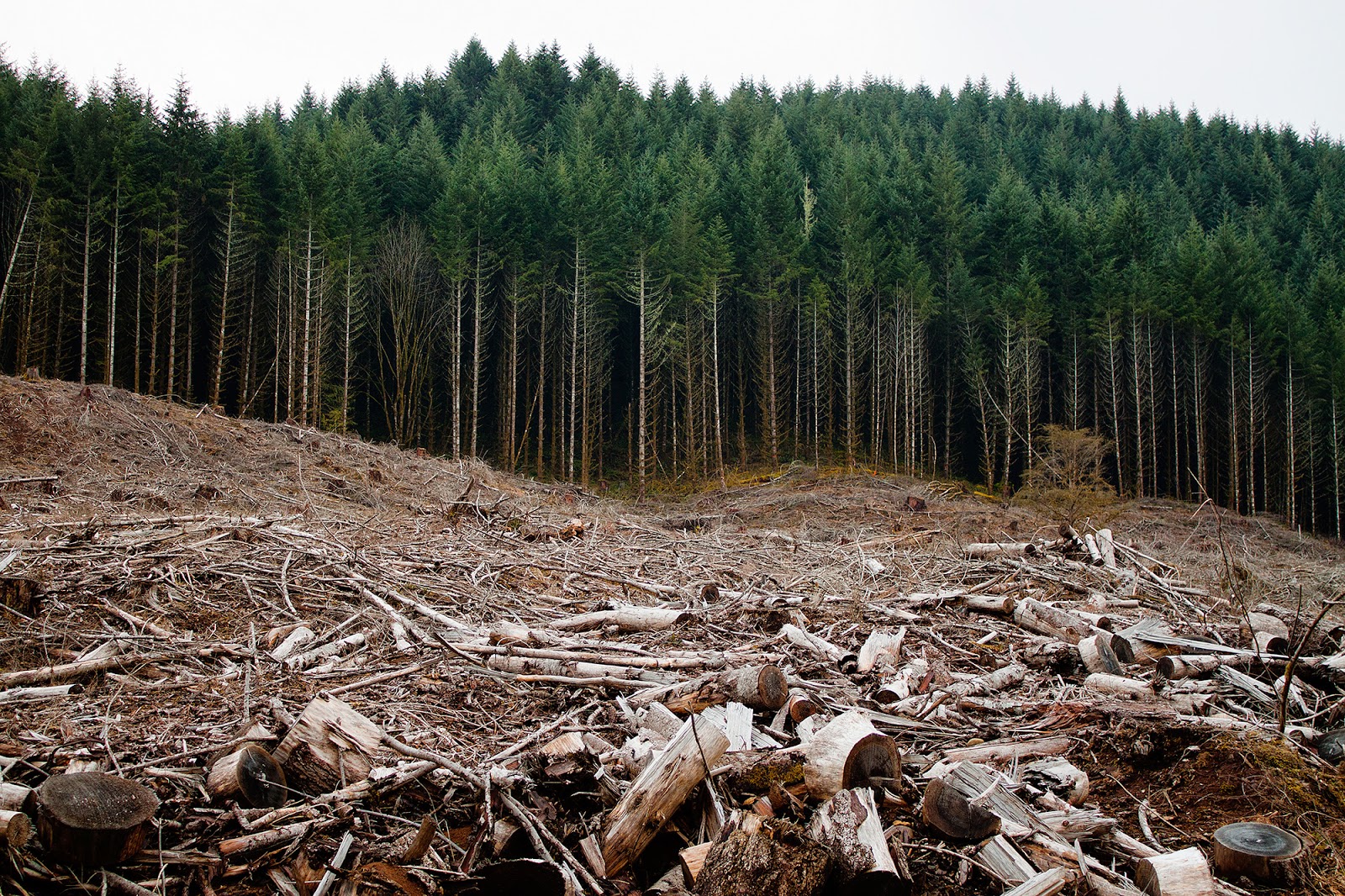 Making broad generalizations like this is certainly dangerous; of course, the things I'm writing may not be true about you. You may be incredibly passionate and involved in this increasingly pressing subject, and are perhaps more than willing to frequently face our species' slow destruction of our habitat. In that case, I applaud you.

It's not that I don't want to be aware of and help counteract climate change and deforestation, in fact, the opposite is true. The problem is that problems I become aware of seem too big - too unmanageable. When confronted with disturbing statistics, empty forests, and dying polar bear cubs, I become easily depressed. "Do something!", I tell myself, but what solution can one person implement that will really make a difference? For every small environmentally conscious act I complete, there is someone on the other side of the world doing the opposite, my environmental counterpart "undoing" my efforts. This kind of truth is frustrating to me and certainly produces no more optimism regarding the future of the world I live in.

Fortunately, an artist named Bruce Conkle addresses the contemporary attitudes towards the environment (and our place in it) with humor and authenticity, and in such a way that makes our environmental future seem not quite as bleak. By raising the large environmental issues with whimsy and wit, his work compels us to acknowledge and embrace the phrase "environmental awareness", instead of running from it.


I recently had the privilege of hearing Bruce Conkle thoughtfully explain his work in person. Listening to an artist speak about their work (especially work dealing with pressing issues) is always interesting, and Conkle did not break this trend when he made a guest appearance in my art history class.

"I discovered that the more you make fire move, the more it looks like trees", Conkle iterated when introducing his interest in the more magical aspects of nature. This kind of whimsical manipulation and transformation occurs commonly in his work, both in his sculptures and drawings. Although he is often recognized for his small, garishly saturated drawings, Conkle thinks of these pieces as primarily preparatory sketches for his sculptures. They appear in many of his exhibitions, but often to accompany his 3-dimensional work, not to stand alone. 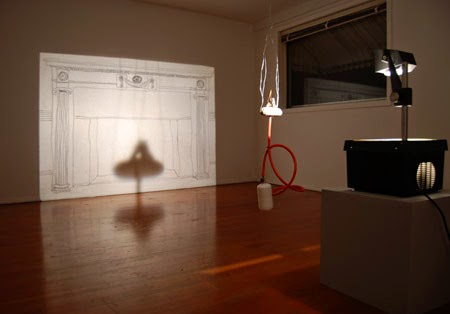 His 2008 exhibition titled Friendlier Fire seems to introduce his style perfectly: fascination with the magic of nature combined with an interest in contemporary politics and technology, sprinkled with a touch of whimsical intelligence. Spinning the phrase "friendly fire" (weapon fire coming from one's own side, especially fire that causes accidental injury or death to one's own forces), Bruce Conkle played with irony when he found a way to make fire "friendlier" (see above).


T.G.I. Doomsday (right) is one of his more politically charged works in Friendlier Fire. The installation piece involves a complex rigging in which a real fire is maintained and suspended on a small rock in front of a projector, casting it's shadow onto Conkle's drawing of the fireplace in the Oval Office. It comes as no surprise that the piece's conception took place during the 2008 presidential election, a time when many felt politically unsure. Perhaps Bruce Conkle wanted to communicate the fear of empty campaign promises, or perhaps he wanted to make a statement about the events that took place in front of that fireplace prior to the election, the shadows that formed there. Intention and meaning aside, the piece is still technically beautiful and rather ingenious in its own right.

Conkle's interest in fire is only one facet of his far-reaching interest in natural elements. Growing up in the pacific northwest, he developed a deep understanding and appreciation for trees, later incorporating them into his art in various ways.


Finally, the most uplifting example of Bruce Conkle's work comes in the form of a sketch. This particular sketch represents an idea, a hope, and perhaps an artist's premonition about a future intersection of man-made technology and environmental needs. Floating Forest asks us to imagine a time when we can peacefully interact with nature, combining our modern world with the natural traditions of the elements that preceded us.